You may have heard that over the weekend, Saudi Arabia oil fields suffered a coordinated drone attack that reportedly knocked out 50% of Saudi oil output.  You can read more about the incident via CNBC using the following link: CNBC Article.

The main concern for most investors is what will this do to the “markets.”  This will certainly affect gas prices at the pump, an inflation event that most consumers can’t handle.  According to the CNBC article, oil futures rose as much as 20% - the biggest jump on record – and US gasoline futures surged 12.8%.  Equity markets are down slightly but small cap stocks (as measured by the Russell 2000) are still holding up.  In fact, the Russell 2000 is up over 6% in September which is something normally not seen in a “recession” or “market crisis.”  If you are bullish on equities, you want to see smaller companies perform better.  We do not have a crystal ball, however if historical correlations matter there are price levels for oil that could negatively affect the S&P 500.   According to Marko Kolanovic, an analyst with JPMorgan, “we could start seeing a negative impact from Oil on the S&P 500 in an $80-85 range for WTI.”  This is based on recent historical correlation between the two assets as illustrated below. 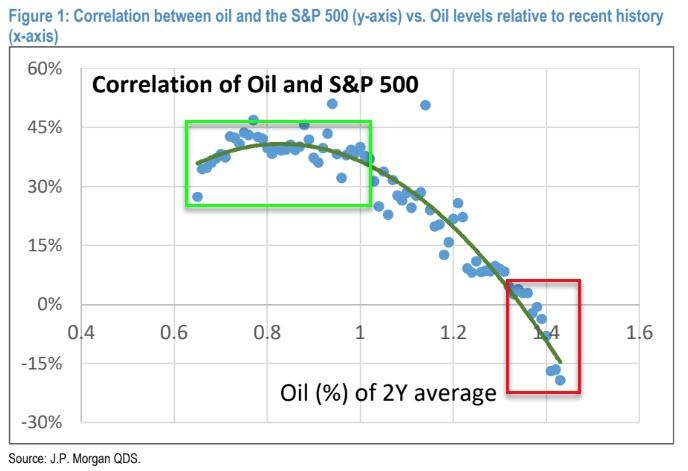 My concern is how quickly the “war drums” started banging as President Trump tweeted “we are locked and loaded” implying the US is ready to respond to the attack.  I’m still trying to figure out the fascination of the United States with war in the Middle East.  Fortunately, the rhetoric has deescalated as Trump stated “he doesn’t want to go to war with anyone.”

The US has become a major producer of oil (echoed by Trump’s other tweet “Plenty of Oil”) and the supply disruption from the attacks affected only a modest percentage of global supply.  The majority of Saudi oil is exported to China, so if any economy should be worried by this event it is China’s.